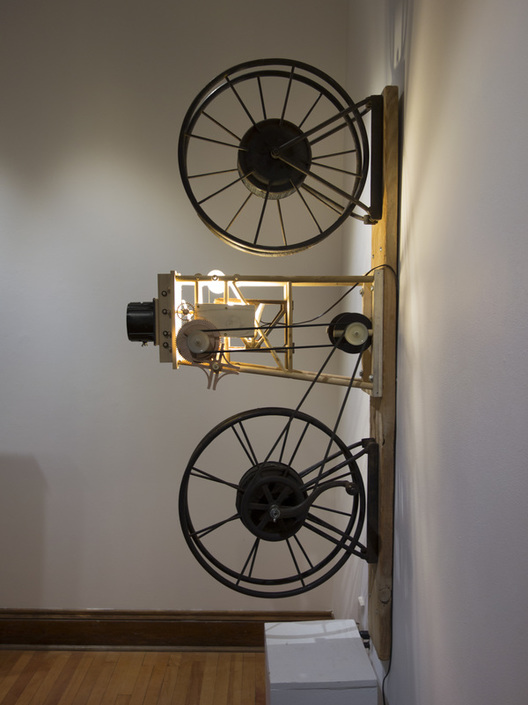 The Firefly is essentially a handmade, hand-cranked movie projector made completely from found objects, dumpster finds, thrift store do-dads, and some wooden dowels. The Firefly began with my fascination with analog machinery in service of illusion, projection, and framing of related sequences. Having had some success with variations on the zoetrope idea, I wanted to see if I could project the illusion. I found that this is not as simple as in a zoetrope, and so I began what ended up being over one hundred hours of piece-by-piece figuring and assembling.


The process was very much improvisational, necessitating one endogenously ambiguous decision after another. It is intended as a follow up to the film, “Projections.”  I am curious about the most formal elements of film and animation—right down to the flicker itself.


I made the "film" strips out of copier transparencies and a hole punch. The "sprockets"  to advance the "film" were modeled and 3D printed and I had the intermittent geneva gears laser cut out of wood.


It's a finicky device that did not survive the first five minutes of public display, and is currently being reconstructed. 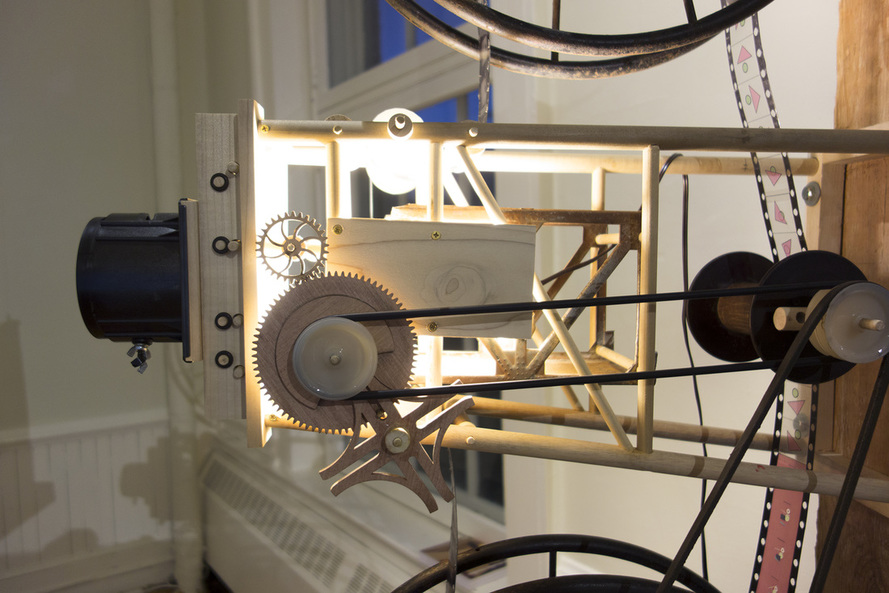 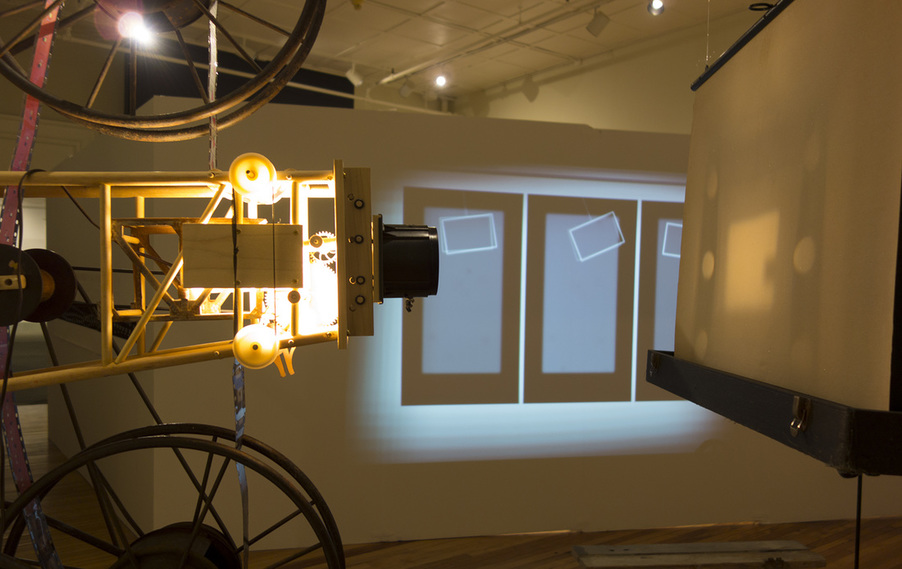 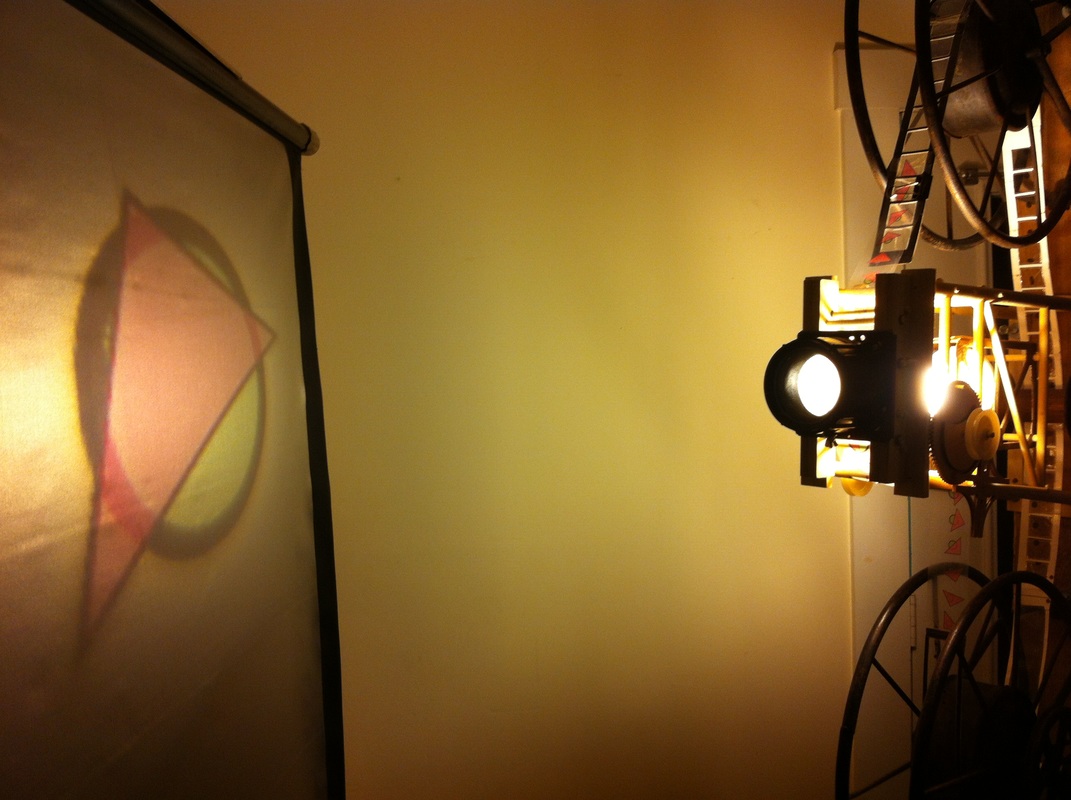